LAOAG CITY -THE CITY OF LIGHT

Laoag City is the capital of Ilocos Norte and located at the very north western area of Luzon. Why is it called the city of light, or Sunshine City? History has it that the name Laoag came from the Ilocano word meaning light, clarity or brightness. An Augustinian missionary had once commented in his journals that Laoag possessed a clear atmosphere and a beautiful sky. Laoag City is currently home to around 100,000 people.

The History of Laoag City

The Ilocos Region was founded during the early Spanish colonization period. Laoag City became a city on New Years Day in 1966. The success of Laoag City is largely due to its hospitable and friendly Ilocano people, its northern geographical location and its peaceful nature.

Laoag City is dominated by the Capitol located on Ermita Hill, which is also known as Raquiza Garden. Another Laoag City tourist attraction is the Italian renaissance design St. William's Cathedral that was constructed by the Augustinian missionaries in the year 1612. Saint William the Hermit was proclaimed the patron saint of Laoag by the first Augustine missionaries.

Just a few hundred meters away is the Sinking Bell Tower which like its cousin the Leaning Tower of Pisa in Italy, it also leans to one side and is also sinking into the ground at 25 mm (1 inch) a year.

Of course the other Laoag City attractions are in the nearby areas however you can see the sights from a tricycle or from a calesa (horse drawn carriage). Also you can visit the Museum de Laoag; the Malacanang of the North; Paoay Church; Paoay Lake; Marcos Museum; the Ilocos Norte Capitol; the La Paz sand dunes; the Tobacco Monopoly monument and the casino. Whether it is Spanish colonial style buildings, or Philippine style baroque churches or Marcos era mansions, there is something to see in Laoag City.

You can also head out of town to Asia’s best pure white beach at Pagudpud or visit Asia’s only wind farm and the Bangui wind mills or the oldest functioning light house at the Burgos Light House and a lot more.

Don’t forget to sample the best of Ilocos unique cuisine while in Laoag City. Make sure you sample a delicious empanada, the best are cooked at a stand outside the municipal markets.﻿

Laoag City has a typical two season climate. This means it has a dry season that starts in November and runs through to April. The wet Southwest monsoon season runs from May through until October.

Typhoons also are experienced in the wet season, in which very large rainfalls are often experienced along with local flooding. The peak tourist season in Laoag City is in the very mild dry season. The average annual temperature of Laoag City is 27 degrees and a relative humidity of 75%. On occasions the night temperatures may drop to 15 degrees but that’s a cold night in Laoag City.

The Ilocos Norte area and Laoag City does not bear the brunt of Northern winds or the Pacific trade winds as the massive Cordillera to the East and the Sierra Madre Mountains tend to shield the area. At the nearby Pagudpud, which is the very tip of Luzon, they do get these winds and this is why they have Asia’s first wind farm located there. Welcome to Laoag City and Ilocos Norte. 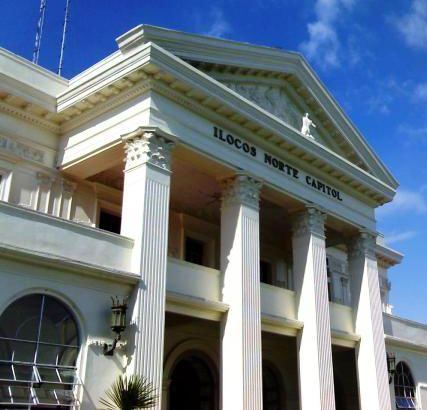 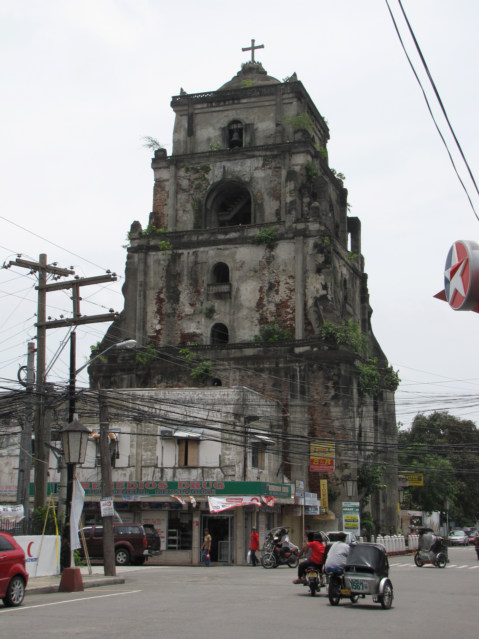 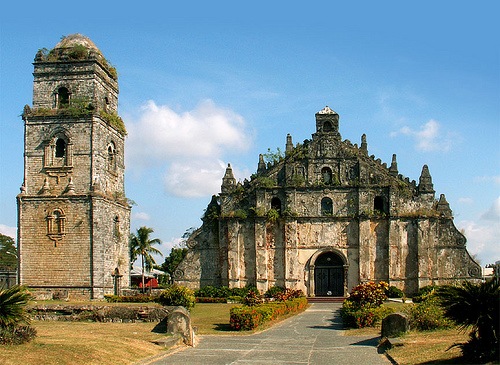